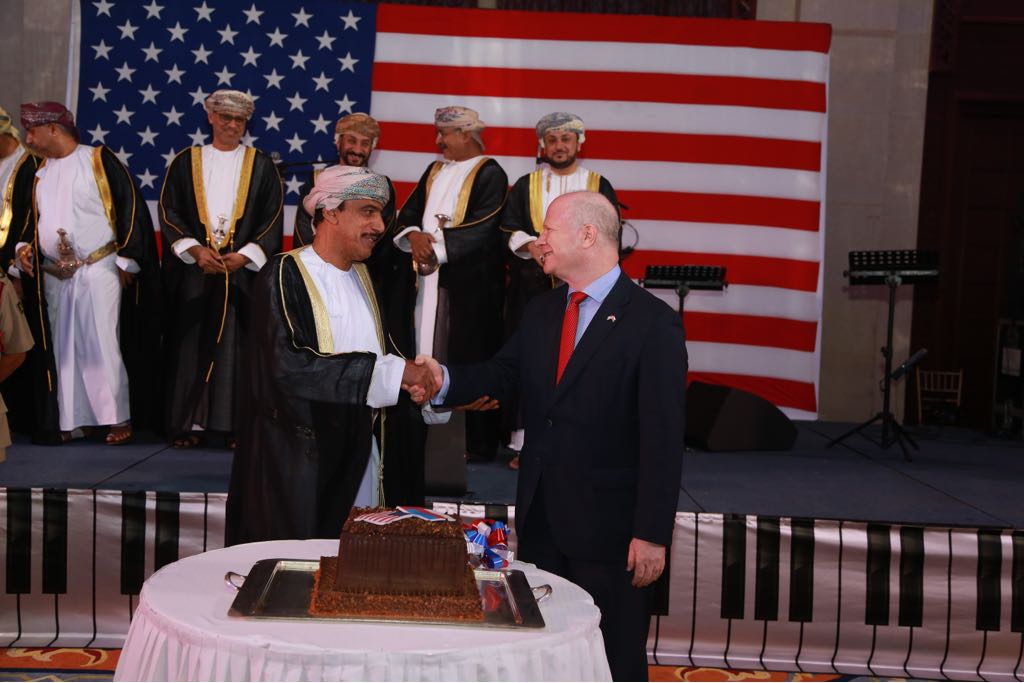 The U.S. Embassy hosted its annual National Day celebration on May 7 at the Barr al Jissah Shangri La Resort, to commemorate the 242nd year of U.S. independence and to pay tribute to the enduring partnership between the United States and the Sultanate of Oman.

In his remarks, Ambassador Sievers wished his Majesty Sultan Qaboos bin Said Al-Said continued good health, long life, and every success in his endeavors.  Ambassador Sievers hailed the U.S.-Omani partnership, successful bilateral cooperation, and efforts contributed by both sides to promote peace, security, and prosperity in the region and beyond.  Ambassador Sievers elaborated that the vibrant Omani-U.S. relationship is standing the test of time; indeed, it is thriving.  In each new period, said Ambassador Sievers, our partnership has continued to evolve, yielding multiple benefits to the people of both countries.