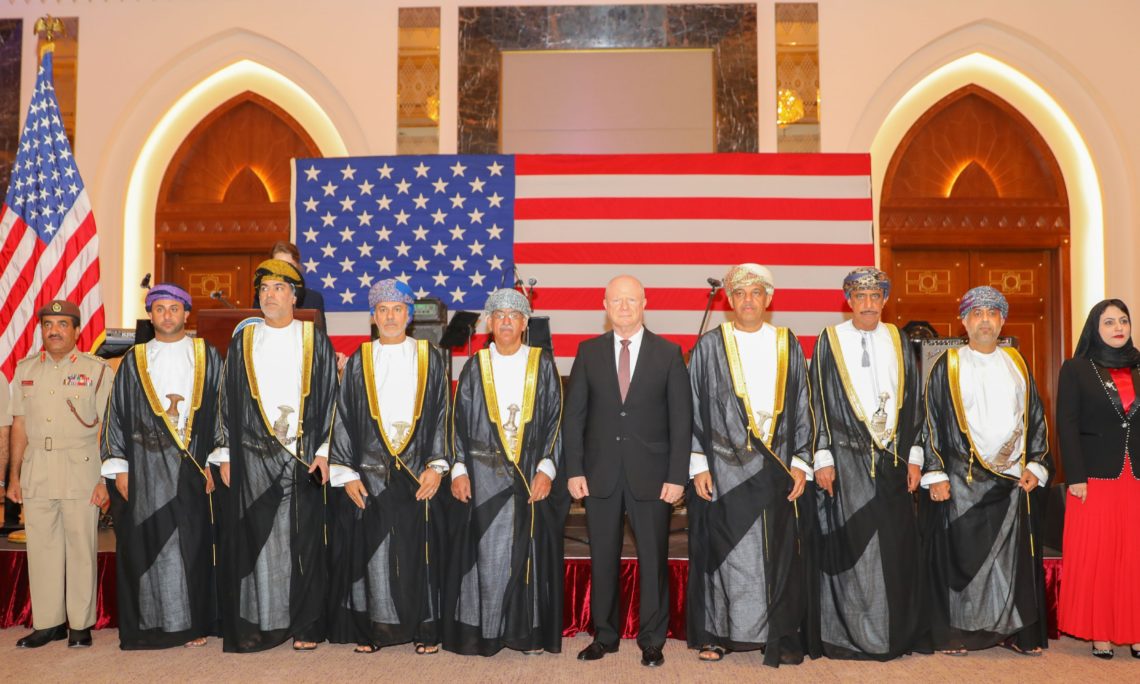 On April 29, at Al Bustan Palace, the U.S. Embassy in Muscat celebrated the 243rd anniversary of the independence of the United States of America. U.S. Ambassador to the Sultanate of Oman Marc J. Sievers welcomed guest of honor His Excellency Dr. Ahmed bin Mohammed bin Obaid Al Saidi, Minister of Health, as well as senior Omani civil and military officials, heads of foreign diplomatic missions, and other distinguished guests.

The occasion held special significance for Ambassador Sievers, as he will be completing his tour in Oman later in the year.  In his speech, he thanked the people and government of Oman for the warm welcome he and his family have received during his nearly three and a half years as ambassador.

Ambassador Sievers also highlighted the long-standing partnership between the United States and Oman and noted that Oman, under Sultan Qaboos’s leadership, is one of America’s strongest partners in the region and around the world.  As recent examples of this strong relationship, Ambassador Sievers mentioned the signing of the bilateral Strategic Framework Agreement in March governing U.S. access to facilities and ports in Salalah and Duqm and the visit of Secretary of State Mike Pompeo with His Majesty in January.

This year’s U.S. National Day event theme was “Explore America” and featured food from the varied regions of the United States, from a taco truck to a farmers’ market.  The United States Air Forces Central Comman (AFCENT) Band played popular American pop and rock songs for the 500 guests who attended.