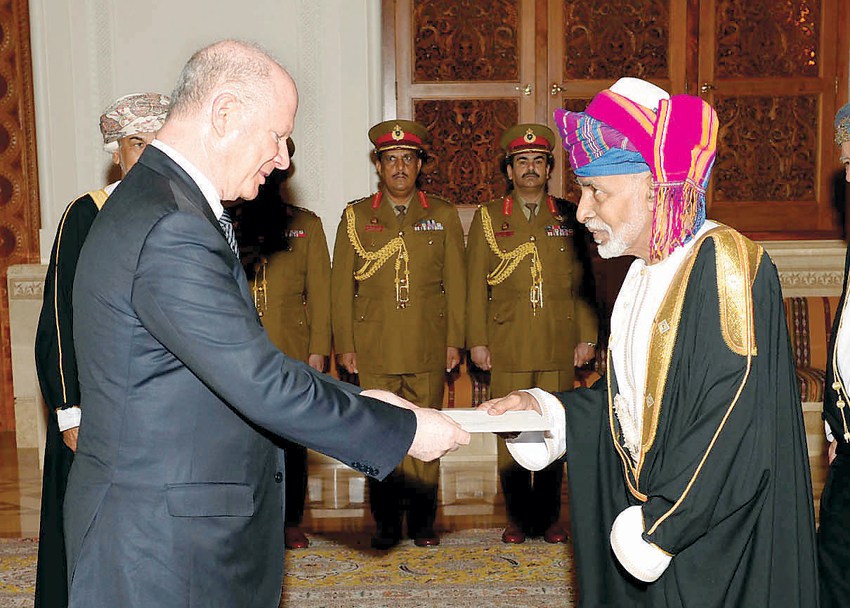 The Ambassador Presents his Credentials to His Majesty

Moreover, accompanying the Sultan were the Minister of the Diwan Royal Court, the Minister Responsible for Foreign Affairs, the Head of Royal Protocol, the Commander of the Royal Guard of Oman, and Military Aids to His Majesty.

In addition, the ceremony received ample coverage in all of Oman’s news media outlets. Radio, television, and all of the Sultanate’s English and Arabic language publications covered the story. The publications mentioned that the Sultan assured Ambassador Sievers of of all the support of His Majesty, the Government of Oman, and the Omani people, in carrying out his duties. You can see the video published by Oman TV on YouTube in the window to the right.

We look forward to many more years of enduring friendship between our two nations.