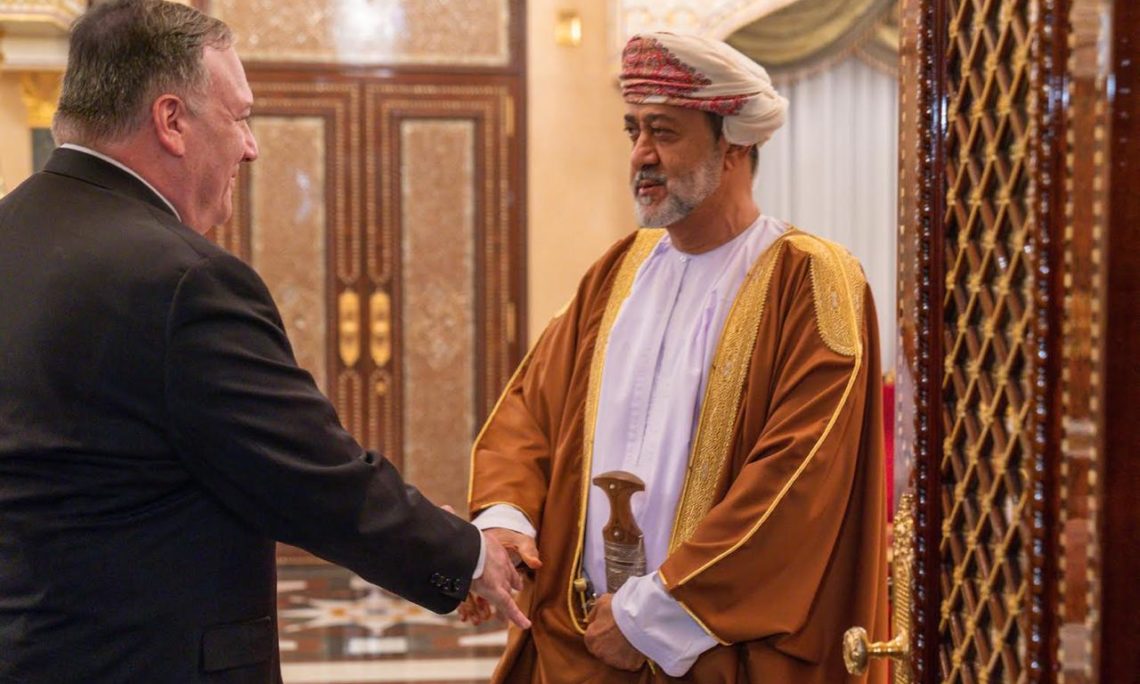 The below is attributable to Spokesperson Morgan Ortagus:

Secretary of State Michael R. Pompeo met today with Omani Sultan Haitham bin Tarik Al Said in Muscat, Oman.  Secretary Pompeo expressed his deepest condolences on the death of His Majesty Sultan Qaboos and praised the late Sultan for being a great friend and partner to the United States.  The Secretary noted that the United States will continue its strong partnership with Oman and that he looks forward to working with Sultan Haitham.  The Secretary also conveyed an invitation from President Trump to the Sultan to visit the White House and the Sultan agreed.

On Yemen, Secretary Pompeo and the Sultan discussed the recent escalation in violence and agreed that only a political solution would bring an end to the conflict and ensure peace, prosperity, and security in Yemen.  The Secretary and the Sultan also discussed the importance of regional security cooperation with a united Gulf Cooperation Council to advance prosperity, security, and stability in the region.