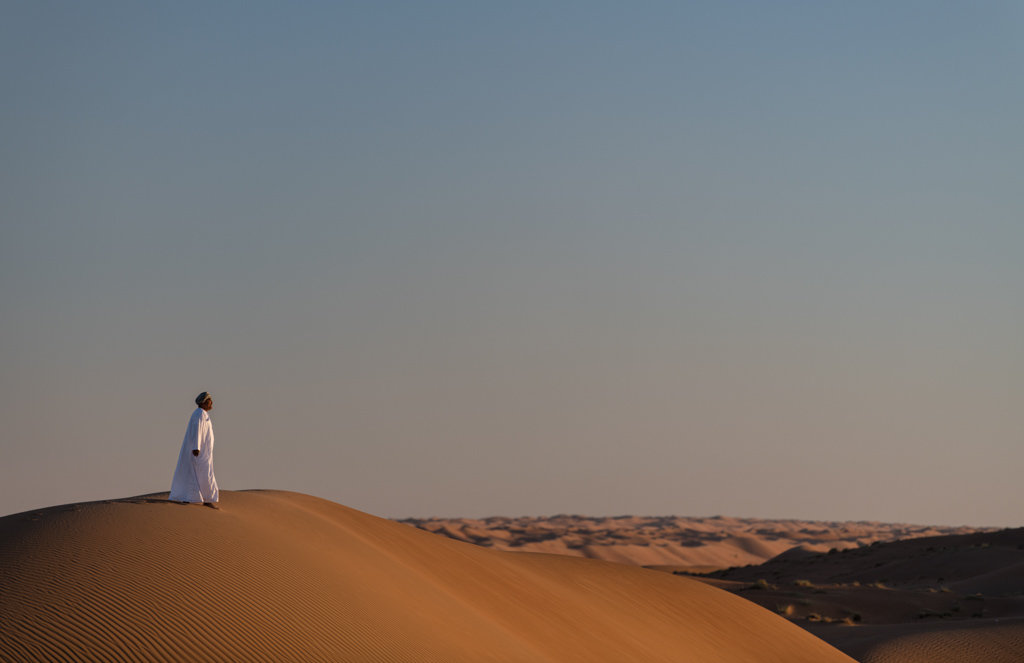 In cooperation with the Omani Ministry of Foreign Affairs and Ministry of Information, American photographer Isaac Pacheco, Editor-in-Chief of State Magazine, conducted workshops for the Oman Photography Association and the Oman Journalists Association on December 6. Both workshops highlighted the power of images in communicating messages to different audiences. Pacheco also demonstrated practical techniques to move from paper-based press to digital platforms. Several journalists and photographers attended the workshops and benefited from fruitful discussions with the speaker. The U.S. Embassy in Muscat was pleased to collaborate with the ministries for these programs.

“The ability of photography (and other visual media) to transcend barriers between people, whether they be cultural, political, or linguistic, has always fascinated me,” Pacheco said. “I was honored to have had the opportunity to share my perspectives on visual storytelling with such a talented group of journalists and photographers in Oman, and to learn from their experiences as well.”

During his visit, Pacheco also captured Oman’s beauty during tours of Mutrah Souq, Sultan Qaboos Grand Mosque, and Al Sharqiya Sands. His photos will be featured in an upcoming article on Muscat in State Magazine.

State Magazine is the flagship publication of the U.S. Department of State. A prior-service U.S. Marine Corps combat correspondent, Pacheco served as a television anchor and producer for American Forces Network (AFN) Japan, and as an AFN radio DJ while deployed to Baghdad during Operation Iraqi Freedom. In his post-military career, he is an award-winning multimedia journalist.