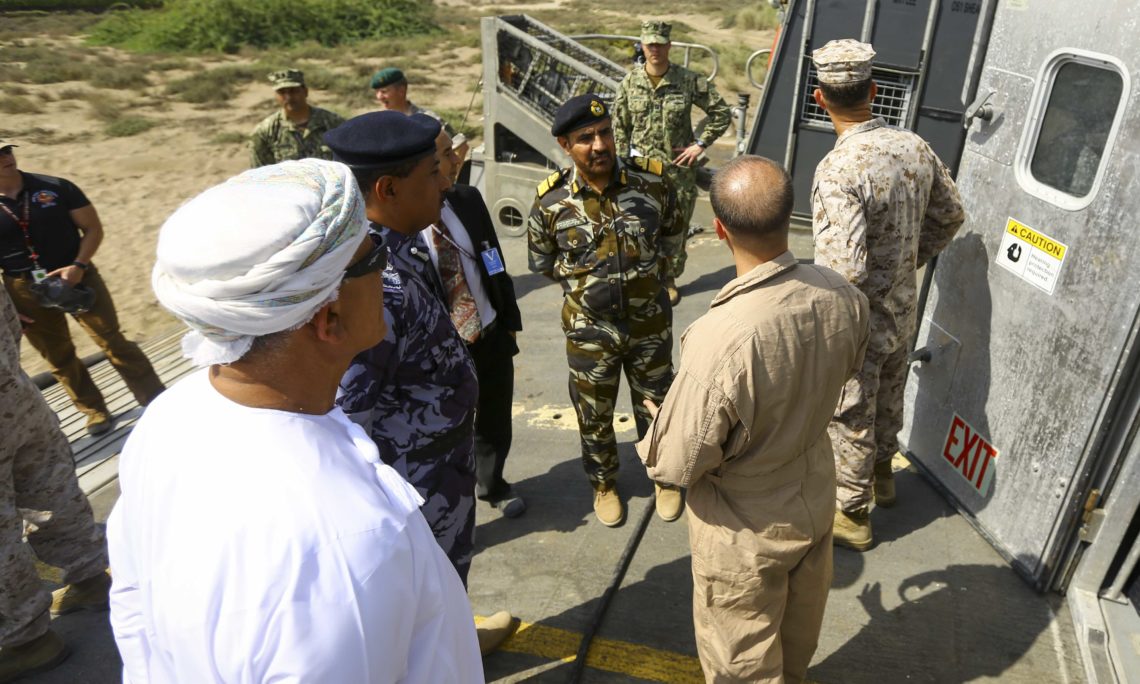 On September 21, 2016, the U.S. Embassy in Muscat, Royal Omani Police, and U.S. Navy concluded a successful bilateral training exercise. The bilateral non-combatant evacuation exercise was an opportunity for the United States and Oman to practice quickly providing security and safety to U.S. and international citizens during a natural disaster or emergency.

The land and maritime training exercise included transporting volunteers from the U.S. Embassy to a U.S. Navy ship in the coastal waters of Oman with the assistance of the ROP. The scenario simulated a natural disaster response in which authorities from both the United States and Oman would coordinate to evacuate civilians from affected areas. The U.S. Navy contributed it’s Navy Landing Craft Air Cushioned (LCAC) for the simulation, transporting U.S. and international citizens to the amphibious transport dock ship USS San Antonio (LPD 17) during a bilateral non-combatant evacuation exercise at the U.S. Embassy.

Additionally, U.S. Embassy staff, U.S. Navy personnel, and Royal Oman Police forces collaborated closely during the NEO training exercise. All three partners practiced the many intricate pieces of coordinating during an emergency. From information sharing, to shared communications, to coordinated press activity, all parties involved ensured everyone was on the same page. A natural disaster or other emergency would require all authorities in Oman to act together in order to provide safety and security to their citizens.