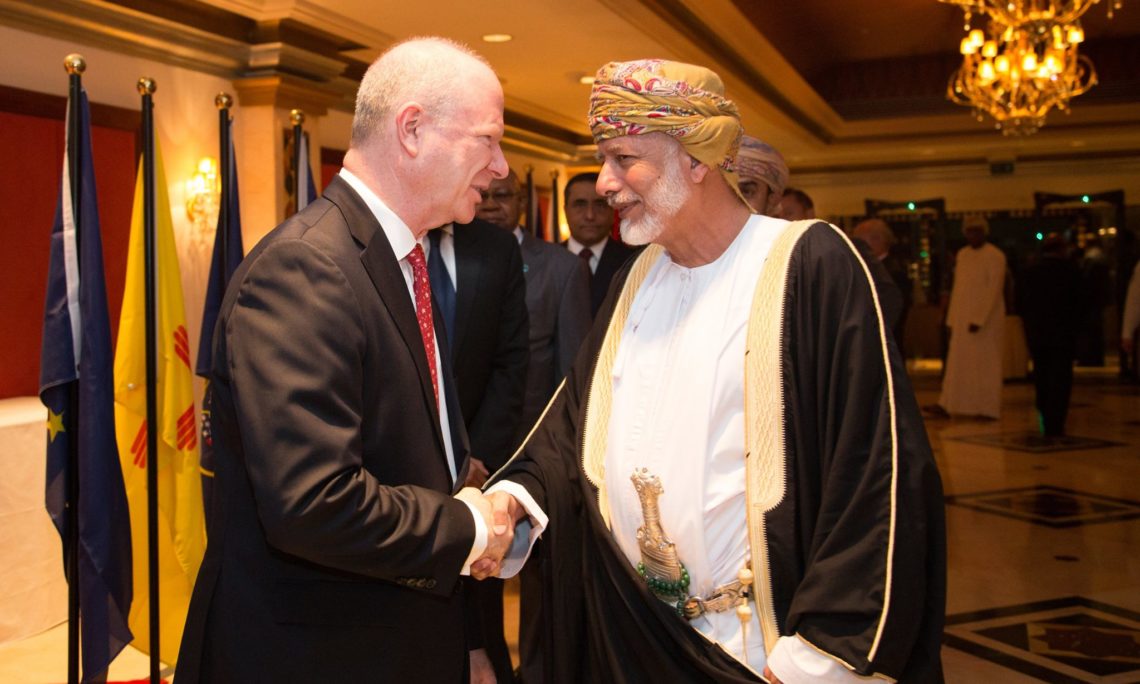 The U.S. Embassy celebrated its 240th year of independence on the evening of May 30 at the Grand Hyatt Muscat.

U.S. Ambassador to the Sultanate, Marc J. Sievers, welcomed guests to the festivities—including Omani dignitaries from government and private sectors. He passed along his best wishes for the health and prosperity for His Majesty Sultan Qaboos, and all the people of Oman. Ambassador Sievers spoke about the strong relations between Oman and the United States, emphasizing that “With the Sultanate, the United States has established a close and productive relationship—a relationship that is now over 183 years old.”

Ambassador Sievers told guests: “Like the Omani people, we Americans are very proud of our history and our culture. We are proud of our country’s diversity, our strong morals, and our determination to help others in times of need. These are traits I can easily attribute to our Omani friends as well.” He went on to explain the meaning of the U.S. national holiday—Memorial Day—which happens to fall on May 30 this year, saying it is “our day of remembrance of those who died while serving in the U.S. armed forces.”

Guests at the National Day celebration also enjoyed the SHAPE International Band, a U.S. Military band that visited Oman for the first time, traveling all the way from NATO headquarters in Belgium. They played a variety of classically American music, from blues, to jazz, to rock and roll. The evening also included viewing of a multimedia presentation titled, “Fifty American Cities.”