Home الصفحة الرئيسية | News & Events | A Gift from the Sultan 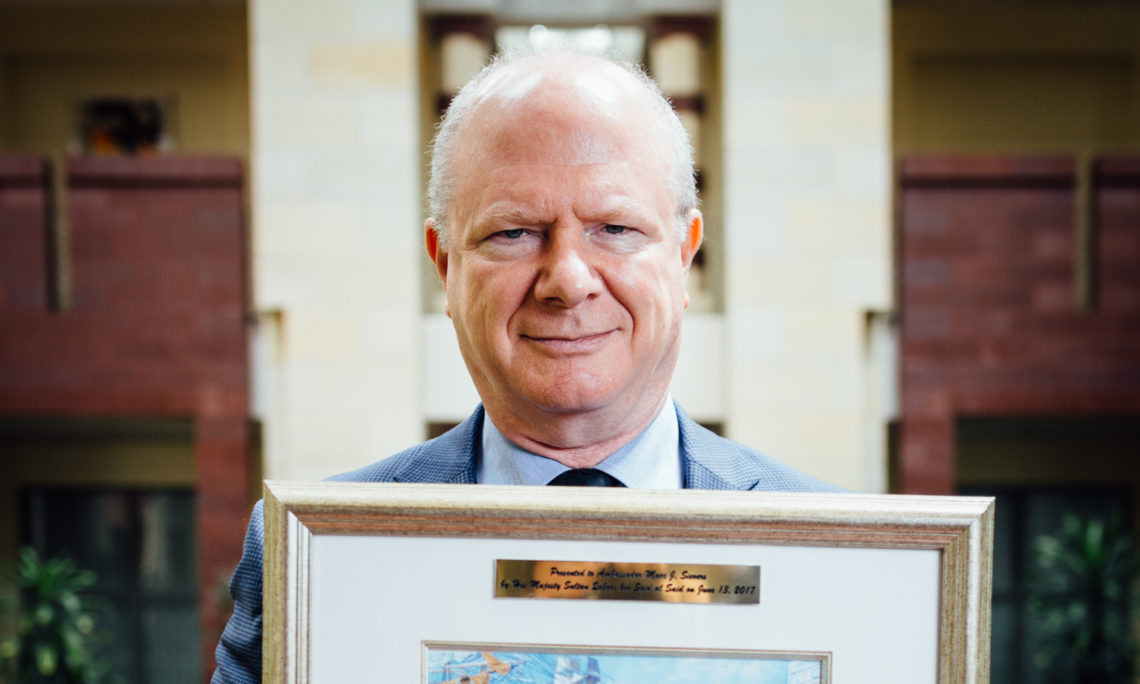 The friendship between the United States and Oman dates back over 200 years. It was in 1790 when an American ship, the Boston Rambler, first sailed to the port of Muscat.

Half a century later in 1840, the Sultan’s envoy, Ahmad bin Na’aman, sailed to New York on the Sultanah. Bin Na’aman would be the first Arab diplomat accredited to the U.S.

On June 13 of 2017, His Majesty Sultan Qaboos gave U.S. Ambassador Marc J. Sievers a gift memorializing the longstanding ties of friendship between our two nations.

The beautiful plaque the Ambassador is holding contains a painting depicting that first landing by Ahmad bin Na’aman, as well as a photograph of that very same spot in New York, taken over a century and a half later.

On the occasion of Oman’s upcoming Renaissance Day celebration, we are grateful for the centuries-long relationship we have with the Sultanate of Oman, and hope for many more years of cooperation and collaboration to come.