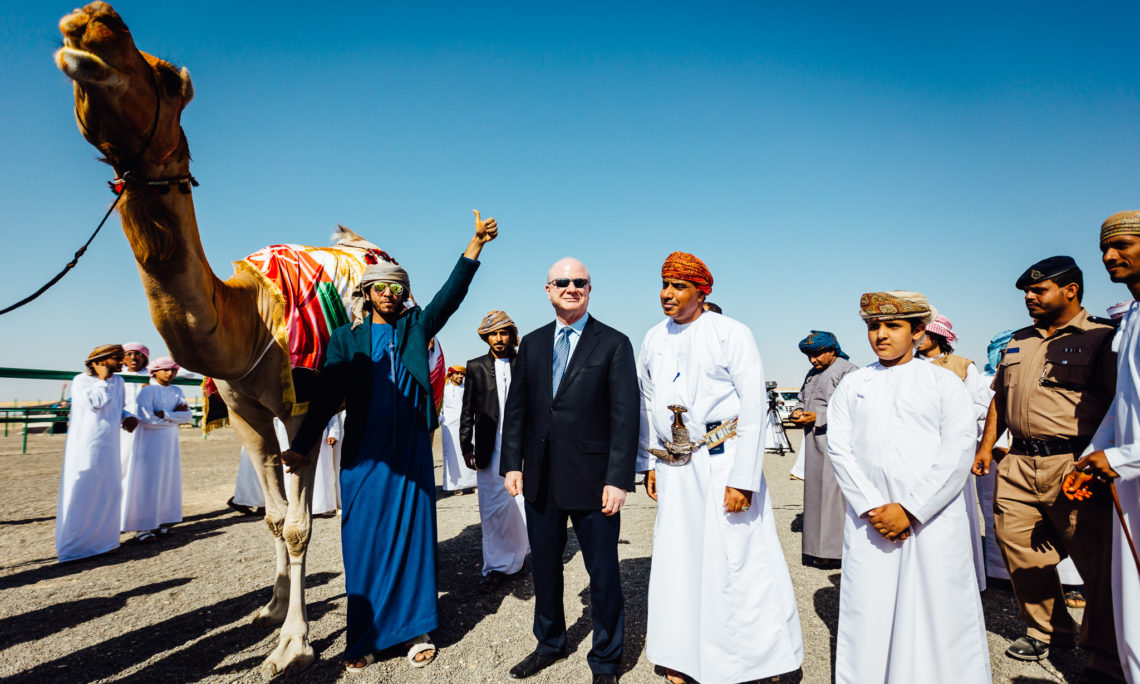 U.S. Ambassador Sievers poses for a photo with the winning Camel at the Annual Came Beauty Contest in Hamrah Al Dorou'

On January 7, 2017, the Third Annual Camel Beauty Contest in Hamrah Al Durou’ (near Ibri), in Al Dhariah, held its closing awards ceremony. U.S. Ambassador attended the event, it being his first ever Camel Beauty Contest in Oman. The Ambassador joined the Guest of Honor, His Excellency Sheikh Saad bin Mohammed bin Said Al Mardhouf Al Saadi, and several other dignitaries, in celebrating the winners.

In addition to joining in the festivities, the Ambassador shared a few words with the folks from Oman TV.

A Chance to Meet and Greet

The Ambassador also had the opportunity to meet several important guests at the ceremony. In addition to the guest of honor, Ambassador Sievers was able to speak with some of the other distinguished guests, including the Governor of Al Dhahira, His Excellency Sheikh Saif bin Himyar Al Malik Al Shihhi, and former Telecommunications Minister, Ahmed bin Sueidan Al Balushi.