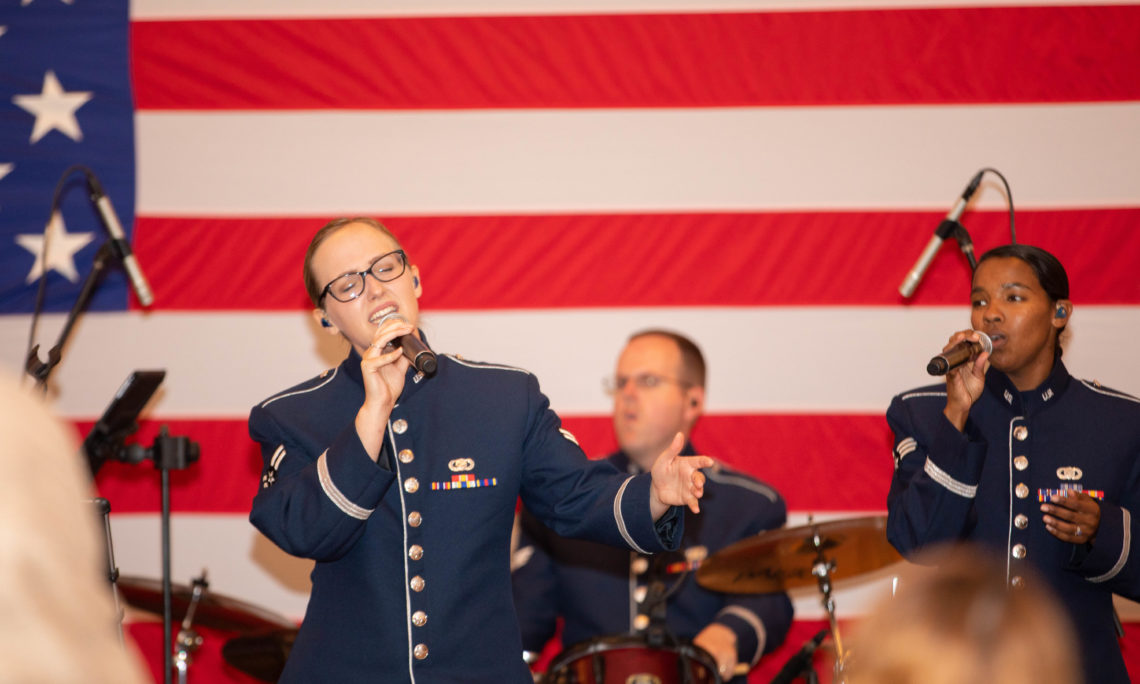 The U.S. Air Forces Central Command (AFCENT) Band is a U.S. military band deployed specifically to play popular music throughout the region.  The band is comprised of servicemen and women who use their musical talents, serving in the United States Air Force as full-time musicians. They perform to boost morale as well as share American music and culture with audiences of all ages and backgrounds.

While hosted by U.S. Embassy Muscat from April 28-May 2, the band played live during a morning radio show, performed at the U.S. National Day reception, and conducted workshops with students at The American International School in Muscat. They also met with the Royal Army of Oman Band for a morning of musical exchange.  The U.S. and Omani bands performed a set for the other, and closed the session by spontaneously playing the songs “Havana” and “Uptown Funk” together. Omani musicians showed their electric guitar skills and American musicians experimented with traditional Omani instruments.